The death of George Floyd, a 46-year-old African-American man in Minneapolis on Monday has sparked outrage in the State of Minnesota and across the USA as a whole, and even beyond. George died in a very painful manner in the hands of the Minneapolis Police after he was handcuffed and pinned to the ground by the neck until he choked to death.

Many have taken to social media to express their disgust about how George Floyd lost his life. The tag phrases #BlackLivesMatter and #ICantBreathe are being used by these social media users across the globe to register their disapproval.

And on Wednesday night, Starr FM’s Francis Abban took the opportunity on twitter to call on President Donald Trump of the USA to say something about the death of George Floyd.

Well, barely an hour after the popular broadcaster had tweeted, there were two tweets from President Donald Trump, addressing the issue of George Floyd and what was being done.

“At my request, the FBI and the Department of Justice are already well into an investigation as to the very sad and tragic death in Minnesota of George Floyd. I have asked for this investigation to be expedited and greatly appreciate all of the work done by local law enforcement. My heart goes out to George’s family and friends. Justice will be served!” President Trump tweeted.

Even though one can’t say the tweets from President Trump were in direct response to Francis Abban, they fully addressed the concerns raised by the Ghanaian journalist in his tweet to the President.

Francis Abban is the host of the Morning Starr on Starr FM and also the Weeknights on GHOne TV. He joined the EIB Network in 2017 after distinguishing himself at Joy FM for five years. 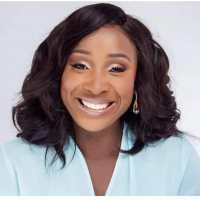