Sports broadcaster at the Media General Group, Thierry Nyann has opened-up to an aspect of his personality that most of his admirers who are not that close to him would not have known. In a 30 minute facebook live- questions and answers session by TV3 to bring its staff closer to their fans and followers, Thierry stated that he is a hot-tempered person and if there was one thing he would like to change about himself, it will be that particular trait.

A fan asked the question: “If you could change anything about yourself, what would you change?”

“I play a lot, and for some of us who play a lot, we tend to shift to the other side quickly as well. Sometimes I wish people will understand the things that lead to the anger so that we would never get there”

“I really wish I could change”, Thierry soberly concluded.

Everybody has a weakness, but it is not everybody who is bold enough to admit that weakness, more so on a big platform like the one TV3 facebook page offers. We think Thierry Nyann deserves some commendations for being incredibly open and frank with his fans and followers of TV3.

Thierry Nyann joined the Sports Team of TV3 in 2015. He earlier had stints with Viasat 1, Citi FM and GTV.

Watch a short of video of the session below: 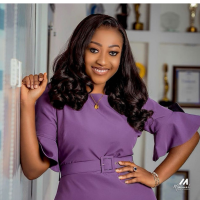